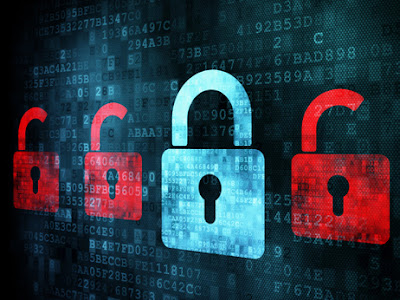 5 Ways To Avoid Being Hacked
Heard on All Things Considered
And I'm Melissa Block. Hacking - we often think of it happening to companies or governments, but individuals can also be the targets; people like Matt Honan, a technology writer whose computer and Internet accounts were hacked被駭. He told his story on MORNING EDITION, earlier today.
MATT HONAN: You know, I lost a year and a half of pictures of my daughter; pictures of her with her great-grandparents, who are now deceased過世了, and just really - you know, wonderful, precious memories that I'm really hoping I'll be able to get back.
BLOCK: The hackers used security loopholes 漏洞at Amazon and Apple, to obtain personal information about Honan. Both companies say they're addressing the problems針對問題(找出解決方案). NPR's Sonari Glinton looks at some things you can do, to protect yourself.
SONARI GLINTON, BYLINE: I'm sitting here at my desk and, like most of you, I've got a ton of stuff一堆東西 - a work cellphone, personal cellphone; I have a tablet(如iPad之類的平板電腦); I've got a laptop computer筆記型電腦. And if I just count NPR's logins - and things like that - I have a login for the network; I have a login for the travel website; I have a login for my annual performance review. And each of these devices, or logins, contain really vital不可少的 pieces of information that if you got a hold of掌握, I'd be in big trouble.
LANCE ULANOFF: Essentially, what's happening here is, you're leaving yourself open - your whole life open - to what I call triangulation三角測量.
GLINTON: Lance Ulanoff is editor of Mashable.com, a technology website. He says the first way to protect yourself, is to use good passwords. Thing is, most of us are simply not doing that.
ULANOFF: It's just ridiculous that people are still creating their own passwords. They all - to a person, I think they will admit, they're terrible at it. And they don't even really expend any effort on it他們根本費心去處理.
GLINTON: Ulanoff says the best way to deal with the password tangle is to use a software that creates and stores passwords for you. Then you only need one, super-secure password. It's not just enough to get strong passwords. Ulanoff says you have to change your behavior.
ULANOFF: I hate to say it but the reality is, they need to share a little less. They need to put a little bit less information out there. You know, their Facebook pages, their MySpace pages, their Twitter accounts - they're constantly sharing information, details.
GLINTON: It's the details that get you into trouble - your birthday and date; where you went to grade school; posting photos of your vacation while you're on vacation. Not a good idea. IT professionals have been saying it for years but back up your data, back up your data, back up your data. Ulanoff says, think about consolidating整合/合併 your online presence.
ULANOFF: Oh, I'm still on Friendster. Wait a minute, no one's still on Friendster. Well, I have an account out there - you know. They say oh, I'm still on MySpace. Really? You know - when was the last time you visited? Five years ago. OK, it might be time to shut it down.
GLINTON: You know what's funny about that? I don't even know.
ULANOFF: (LAUGHTER) Yeah. I mean, that's the big problem. There's digital debris數位殘骸 everywhere. We are leaving trails留下痕跡 that go back years, now.
GLINTON: The final thing is to use two-part authentication兩部分(兩層的)認證 - something that you know, like a password; and something that you have, like a thumbprint指紋. Here's the thing about doing all of this: It takes time耗費時間.
Whitson Gordon is senior editor at LifeHacker.com. The site gives tips on using technology to ease daily life.
WHITSON GORDON: Well, unfortunately - you know - I can tell all of my friends to use separate passwords, and use a password manager; enable two-factor authentication; but it's really not convenient.
GLINTON: Gordon says until now, most companies have been more inclined to傾向於 make things easier, not necessarily safer.
GORDON: And I think that a lot of them are realizing that security comes first, convenience comes second, in this day and age; with people getting hacked, and identity theft身分被盜用 being so rampant猖獗. And I think we're at the point where we're starting to realize how to be more secure; and now, we need to figure out how to make that more convenient for us, the average user.
GLINTON: Gordon says it's going to take a long time for the companies to figure out simple and safe solutions, so don't hold your breath(口語)要等很久，不會很快發生(所以不要憋氣，不然會死翹翹)Until then, back up your data.
Sonari Glinton, NPR News.