NPR 寄生蟲也能治病 The Upside of Parasites

10月 21, 2011
下載聲音檔請點我 (因為寄生蟲的圖片實在都太噁了，所以這一篇NPR不放圖片了) The Upside of Parasites From NPR For years now, there's been evidence that intestinal parasites 腸道寄生蟲 can actually be a good thing for people with inflammatory bowel disease. 發炎性腸道疾病 That's because certain parasitic worms seem to help the intestine heal. Now, scientists think they've found at least one reason why this is so, thanks to a man who spent years treating his own bowel disease with worms. NPR's Jon Hamilton has the story. JON HAMILTON: P'ng Loke studies parasites. Years ago, when he was working at the University of California, San Francisco, he got a call from a stranger. Mr. P'NG LOKE (Research Scientist, Langone Medical Center, New York University): He had moved into the Bay Area and was looking for someone who works on worms , and so he called me and convinced me to have lunch with him. HAMILTON: Over lunch, the man told Loke a remarkable story about how he'd recovered from ulcerative colitis.
張貼留言
閱讀完整內容 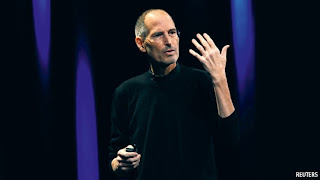 image:Reuters From the Economists The magician 魔術鬼才賈伯斯 The revolution that Steve Jobs led is only just beginning 蘋果革命正要開始 Oct 8th 2011 | from the print edition WHEN it came to putting on a show( 擅長表演的 ) , nobody else in the computer industry, or any other industry for that matter, could match Steve Jobs. His product launches( 新產品發表會 ) , at which he would stand alone on a black stage and conjure up 如魔法般呈現 an “incredible” new electronic gadget 全新的電子玩意兒 ( 這邊指的是如 iphone,iPad 之類的 3C 產品 ) in front of an awed crowd 敬畏的群眾 ( 每次賈伯斯在台上介紹新產品，台下的觀眾總是如癡如醉，眼神中還帶著些許崇拜與敬畏 ) , were the performances of a master showman. All computers do is fetch and shuffle numbers, he once explained, but do it fast enough and “the results appear to be magic”. Mr. Jobs, who died this week aged 56, spent his life packaging that magic into elegantly designed, easy-to-use products. 賈伯斯終其一生都致力於一件事情，那就是以創意結合高雅的設計，然後以最容易上手的操作方式，讓產品展現魔幻一般的魅力。 The reaction to his death, with people leaving ca
張貼留言
閱讀完整內容 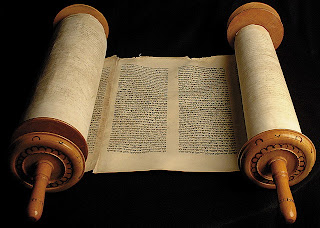 下載聲音檔請點我 From NPR Dead Sea Scrolls Come Alive On Google 死海古卷Google重現 AUDIE CORNISH, host: For 2,000 years, the Dead Sea scrolls 死海古卷 were seen by no one. Today, they can be viewed by anyone with access to the Internet. 在網路上就能看見 Google and the Israel Museum in Jerusalem 位於耶路撒冷的以色列博物館 teamed up( 這句話是說 google 與以色列博物館兩方通力合作 ) to put high-quality images 高品質與高解析度的圖像 of the scrolls online. Images of the relics 遺物 - the oldest known copies of biblical text 歷史最悠久的聖經古卷 - went live on the Web last week. Jon Stokes writes about technology for Wired.com. He is also a scholar of biblical history. And he joins us from KALW in San Francisco. Jon Stokes, welcome to the program. JON STOKES: Thank you. It's good to be here. CORNISH: Now, the scrolls may be new to the Web, but they were discovered in 1947, and historical scholars 歷史學家 have had access to copies and translations for decades. I mean, what's the big deal 到底有什麼大不了的 about having them online now? STOKES: So, th
1 則留言
閱讀完整內容
更多文章