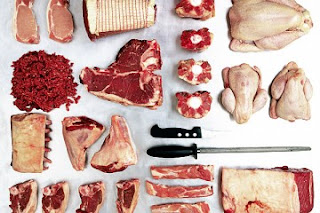 Picture by Georgia Glynn Smith Getty Image The Meatless (and Less Meat) Revolution By Brad Tuttle This year, the average American will eat 165.5 lbs. of beef and poultry 家禽類的動物如雞鴨 . That may sound like a lot, but it’s actually a 12% decline compared to 2007 , when an annual intake of 189 lbs. of meat per person was standard. This week, chances are pretty good you’ll be hearing about the financial and health benefits of eating less meat, during “Meatout” events scheduled around the country. What’s a Meatout ? It’s a grassroots campaign 民眾自發性發起的運動，通常並無政治力介入 to push consumers to “ kick the meat habit 戒掉肉類，不要再吃 ,” if not fully than by a matter of reduction.( 如果不能全戒掉吃素，就少吃點 ) Throughout the week, Meatout events have been scheduled in big cities like New Orleans and Phoenix , as well as spots such as Daytona, Florida and Charleston, West Virginia , among other places. The goal is to spread the word 把訊息傳播出去 , while handing out vegan food samples 蔬食食
4 則留言
閱讀完整內容 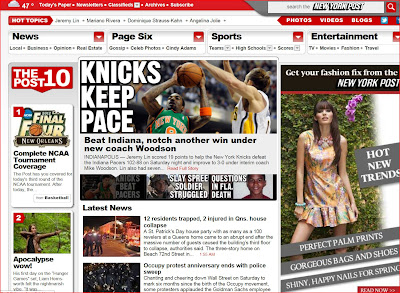 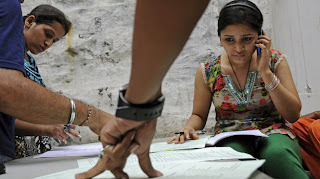 下載聲音檔請點我 From NPR In India, The Pressure Cooker Of College Admissions Heard on All Things Considered January 10, 2012 - MELISSA BLOCK, HOST: This is ALL THINGS CONSIDERED from NPR News. I'm Melissa Block. AUDIE CORNISH, HOST: And I'm Audie Cornish. This can be a harrowing 痛苦的 ( 因為被折磨所導致的 ) time for high school seniors and their parents waiting for responses to college applications, but it hardly compares to what high school students in India go through. NPR's Corey Flintoff reports that admission to India's top colleges is much tougher than it is even for Ivy League schools here. COREY FLINTOFF, BYLINE: Many of the candidates for India's top colleges come from exclusive private high schools like this one, the Delhi Public School. On the playing fields, girls and boys in white shirts and neckties play fierce games of cricket 板球 and badminton 羽毛球 . It's a sort of warm-up for the intensity they'll have to put in to applying for universiti
1 則留言
閱讀完整內容 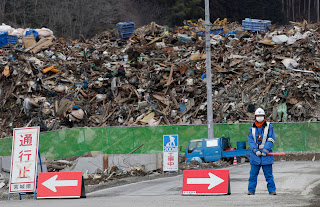 日本政府以精確及效率著稱 不過核災一年後 還是有災民怨聲載道 看來重建之路還很長 這篇文章從小市民的角度出發 看看災民怎麼說 Japan nuclear evacuees face uncertainty 1 year later By Ian Munroe, CBC News 福島核災一周年 百姓的生活有好一點嗎 ? As Japan prepares to mark the anniversary of last year’s devastating natural and nuclear disaster, many of the evacuees in a city near the ruined Fukushima Daiichi plant wonder how long they will have to continue waiting before they can move on with their lives . 1.      To make the …anniversary 通常是慶祝周年的意思。天災人禍不能慶祝，就直接說， 滿 一周年就好了。 2.      Evacuee 就是當年逃出來的民眾。 ( 被疏散的人 ) 3.      Fukushima Daiichi Plant 福島核電廠 4.      To move on with one’s life 就是拋開過去的一切，好好開始新生活的意思。 At least a quarter of the 80,000 residents who were displaced by the nuclear meltdowns now live in Iwaki, a sprawling patchwork of communities that lies roughly 40 kilometres south of the ruined nuclear plant. Most of them live in temporary camps scattered across the city that resemble sterile t
張貼留言
閱讀完整內容
更多文章