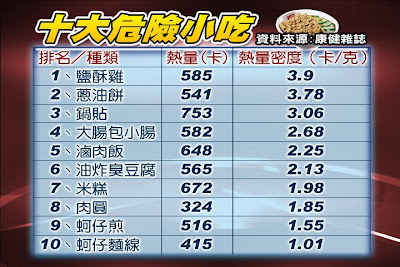 40 Taiwanese foods we can't live without Part 2
From mountains of shaved ice to chicken cutlets as big as your face, Taiwanese eats all come with superlatives

What is better than fresh seafood? Why, fresh seafood made into balls, of course.
Look for handmade fish balls in Taiwan as the process incorporates混合 more air into the ball thus allowing more broth湯汁 to be soaked up飽吸了. They also have a bouncier chew更有彈性與嚼勁.
Jiaxing is a popular purveyor供應商 in Taipei best known for its specialty shark meat balls.

This is Taiwan’s version of bak kut the肉骨茶, the Chinese meat soup that is also popular in Singapore and Malaysia.
In Taiwan, the soup is slow-cooked in Chinese medicine, extracting萃取 the essence from pork bones and more than 14 nutritious herbs, roots and dried fruits. It's yum美味 and good for you too, especially for keeping warm in winter.
There isn't much meat on these lean bones, but the point of the dish is the soup. Don’t be shy to pick the bones up with your hands and suck the juices off them. In fact, it’s odd not to do so.不這麼做才奇怪

Geese, proudly bred on farms, are never wasted. From the skin to the blood, they are made into delicious dishes.
The salted鹽水鵝 or smoked geese熏鵝肉 in Hou Yi are revelatory具有啟示意味(這裡的意思是好吃到讓人眼睛為之一亮). Every bite of the juicy goose meat with slightly smoked goose skin is a celebration of poultry家禽肉之榮光.
Or try one of Bistro Le Pont's bowls of steamed rice topped with goose, chili oil and x.o. sauce XO醬. The grains of rice are a vehicle for goose fat and flavor米飯飽吸鵝油與其豐富獨特的滋味.

Ding bian cuo is a bowl of slippery rice flour pasta滑嫩米麵條.
Rice flour batter is poured along the side of a huge wok炒菜鍋. It slides and spreads along the heated wok and forms slices of rice flour noodles.
When dried, the sheets will be cut into smaller pieces that become the very thin and very chewy noodles when cooked as ding bian cuo.
Wu Jia ding bian cuo is a century-old family business. Their ding bian cuo are served with handmade pork cakes肉羹, shrimp cakes蝦仁羹, cabbage, daylily金針花 and bamboo shoots竹筍.

Taiwanese pork sausage香腸 alone is a superstar超級明星 at night markets, but when served as the snack "little sausage inside big sausage" it is unbeatable無人能敵.
Basically, it's like a hot dog, but instead of a bun香腸, sticky rice糯米 is stuffed inside a sausage casing to make an oversized rice sausage糯米腸. That rice sausage is slit open從中間切開 to stuff in a pork sausage. So it's a little sausage inside a big one. Get it?

These glutinous rice balls糯米球 are soft as marshmallows棉花糖 and filled with sweet or salty things.
The most traditional mochi are filled with red bean paste紅豆餡 and rolled in peanut powder花生粉. But in recent years, strawberry jam草莓醬, sesame paste芝麻醬, green tea jam抹茶醬 and peanut paste花生醬 are some of the popular choices of filling.
You can learn how to make mochi by visiting the (around US$5 per person).
Remember to chew carefully before swallowing, the sticky mochi are practically a choking hazard會噎死人的.

No matter what you choose from the Lantern Lu Wei food stall, it will take on the taste of the signature five-spice soy sauce招牌五味醬油. It's a little sweet, not too salty and very aromatic with cloves丁香, star anise八角, cinnamon肉桂 and other spices.
Pick your preferred ingredients and the chef will cook it in the pot of special sauce. This makes a perfect light meal before a big night out.在大餐前享用的小點心
Expect to wait in line as the chef never rushes but takes his time to allow the sauce to be well absorbed by the food.

Originating in Taichung, the suncake is simply a flakey pastry 會掉屑的烤餅filled with maltose麥芽糖. And yet this sweet nothing has come to represent Taichung City and is a souvenir sought out by搶購 all visitors.
Countless sun cake shops flourish如雨後春筍般冒出來 in Taichung, all claiming to be the original store原創老店, which none of them are.
But maybe it's time for them to shine. The one and only original sun cake store Tai Yang Bakery closed down unexpectedly when the 68-year-old boss decided to retire.

Sticky rice and Chinese mushrooms are fried with seasoning and stuffed into a bamboo tube together with pork and egg. The tube of rice is steamed again to further soften the texture until it becomes a cylindrical pudding.圓柱型的布丁
Da Qiao Tou started making the rice pudding in a small stall under a bridge more than four decades ago. The business has expanded since but the rice pudding stays the same.
Be sure to add the homemade turnip-laced盤邊佐以醃製甜辣小黃瓜 sweet spicy sauce to the pudding.

Three elements to start a day right in Taiwan: sesame flat bread燒餅, deep-fried Chinese donut油條 and soymilk豆漿.
Blogger Joan H from A Hungry Girl’s Guide to Taipei says her favorite breakfast is from Fu Hang.
“I love the thick sesame flat bread at Fu Hang because it has a slight sweetness微甜, a thin crispy layer and soft center from coming straight out of the hot metal barrel熱鐵桶. Many sesame flat breads are dry and flaky but Fu Hang's shows why there is often a half-hour to hour wait on the weekends.”

This pudding is a mix of pig's blood and sticky rice and stuck on the end of a stick like a lollipop棒棒糖. For the final Taiwanese touch, the pudding is coated in a sweet peanut powder.
Basketball star Jeremy Lin Shu-How endorsed pig’s blood rice cake as one of his favorite snacks on his recent visit to . If it is good enough for Lin, it is good enough for us.

Agei comes from the Japanese "aburaage" which are deep-fried tofu pockets.
These Taiwanese agei are stuffed with mung bean noodles粉絲(綠豆做的) and sealed off with fish paste以魚漿封口. A typical sweet-spicy sauce甜辣醬 completes it.
The tofu soaks up the soup its cooked in so each bite bursts with broth每咬一口都爆漿. Paired with a soy milk, the agei makes a great savory滋味好的(鹹味的) breakfast.

Fen yuan refers to all the chewy dough有嚼勁的粉糰 that Taiwanese like to add to their dessert.
Sometimes they are made with sticky rice flour and various fillings多樣的配料. The dough is slightly translucent when steamed蒸過後呈現半透明狀, revealing the colorful insides -- red bean紅豆, green tea抹茶, egg custard蛋黃奶油. They are just so joyful to look at.
Fen yuan is more commonly made from tapioca樹薯粉 without filling. And when black sugar is added, it becomes the black pearls in bubble tea, called pearl fen yuan.

According to a Taipei Times’ report in 2011, Taiwanese devour吞了 more than 250,000 fried chicken cutlets雞排 each day.
If piled atop each other, they would make a chicken cutlet tower 10 times as tall as Taipei 101, the island’s tallest skyscraper摩天大樓 at 508 meters.
Go to Hot-star for the original oversized chicken cutlet超大雞排. The enormous巨大slice of meat is as big as your face and very moist with a crispy crust外皮酥脆內在多汁. A generous coating of five-spice powder五味粉 and pepper gives it a kick吃了更帶勁.
Starting as a small counter at Shilin night market, Hot-star is now a franchise連鎖店 present in Hong Kong, Malaysia and Singapore

Barbecued Taiwanese cuttlefish烤魷魚 hits the spot every time是大家的心頭好. The island gets a lot of great cuttlefish and grill stations covered in cuttlefish skewers串烤魷魚 can be found everywhere in the southern tip.
Although a thick cuttlefish soup魷魚羹 with herbs and veggies is a typical Taiwanese winter-warmer典型的冬日暖心好湯, the best way to enjoy the mollusks軟體動物 is fresh out of seawater, straight onto the charcoal grill炭烤.
Imagine the smoky aroma煙燻香味, dark grill marks焦黑的拷痕, glistening furled烤過之後捲起且閃閃發亮的邊角 edges and dustings of salt and pepper上面灑上椒鹽.

Very wobblyㄉㄨㄞ  and hardly tasting of anything本身是沒有味道的, the aiyu jelly takes on the flavor of whatever it is eaten with搭配什麼才有什麼味道.
Add it to lemonade and shaved ice刨冰 for a refreshing summer drink. The jelly gives the liquid a fun gloopy軟滑的 texture口感.

Inspired by the Japanese deep-fried patty, korokke, and the French croquette, the ke le bing is now an indispensable不可或缺的 snack in Taiwan.
Stuffed with mashed potato馬鈴薯泥 or minced meat絞肉, the disc-shaped盤狀物 croquette炸馬鈴薯丸 is coated with flour, eggs and breadcrumbs外層以麵粉、蛋汁與麵包屑裹粉.
You can choose deep-fried meat, vegetables, seafood and anything else edible可食的 that can be molded into a disc shape塑型成圓盤狀. We love the pork and cheese豬肉起司 combo the most.

To describe it as the non-deep-fried version of a spring roll would be unfair, as "run bing" (steamed spring roll) was invented before the spring roll.
Every household has its own recipe for run bing. During festivals, families will gather at the table to have a run bing wrapping包、捲 party. Each person chooses their own fillings餡料 from a buffet一盤又一盤可以自選的餡料 and rolls their own run bing.
Besides serving delicious run bing, Shin Yeh at Taipei 101 also offers an incomparable無與倫比的 view of city.

Taiwanese are mad for spicy hot pot.
And who wouldn't be? The bubbling pots熱滾滾的 of broth are filled with all sorts of Chinese herbs and spices to create an incredibly rich flavor for all the raw, fresh ingredients that diners will dip into it.
New hot pot places pop up in Taiwan every day, each with a gimmick噱頭 to attract insatiable hot pot diners永遠都嫌吃不夠的麻辣鍋愛好者.
There's all-you-can-eat hot pot吃到飽 and yakiniku涮涮鍋 served at the same table; there's bubble tea hotpot珍珠奶茶鍋 for the jaded.
But it is spicy hot pot with quality ingredients that stands the test of time最經得起時間的考驗. While Taiwan's spice-levels can't come close to Chongqing's重慶, they're pretty piquant辛辣.
Head to perennial hot pot favorite一年四季都開張的麻辣鍋夯店 and celeb-magnet 眾星雲集的Taihodien太和殿 for a glam極致(此字為俗語，不要在正式寫作時使用) Taiwanese hot pot experience.