New from NPR! The IKEA Effect是啥東東?看完這篇就搞懂! 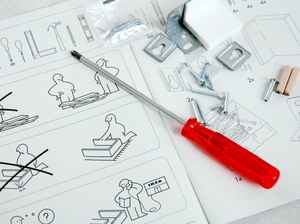 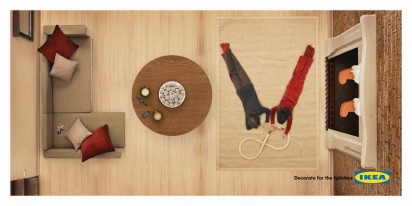 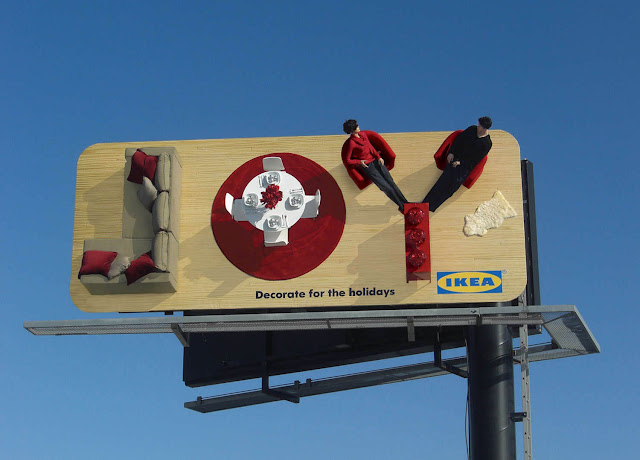 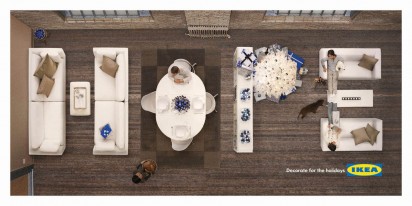 STEVE INSKEEP, HOST:
Next, let's talk about the furniture company家具公司 that gets you to do some of the work yourself讓你也來做點工. IKEA sells you a piece of furniture in a box. You have to assemble組裝 it, well or badly, and millions of people take them up on the deal. Psychologists have been interested in this. In fact, they've come up with想出了 a term, the IKEA Effect效應.
To tell us what this is, we've brought in NPR's Shankar Vedantam. He brings us fascinating令人著迷的 social science社會科學 research including this little bit of it.

INSKEEP: OK, remind us. What is the IKEA Effect?

VEDANTAM: You know, the genesis起源 of the story is actually personal, Steve. I have a friend who has a couple of dogs and they're too big for his apartment. He got them recently. They get sick all the time. They bark like mad牠們瘋狂吠叫. They get him in fights with his neighbors這些因為狗所產生的問題，讓他經常與鄰居起衝突. He's attending to them照料 all hours of the night.

INSKEEP: Ooh. OK. That's a fair philosophical question饒富哲理的問題.
VEDANTAM: I mean so most of the time we think that when we love something it leads to labor苦勞. But is it possible that labor is what leads to love? And that's when I saw this new paper. It describes this phenomenon現象 called the Ikea Effect.(Ikea 效應)

I spoke with Daniel Mochon. He's a marketing行銷學 professor at Tulane University, and here's how he explained it to me.

DANIEL MOCHON: Imagine that you built a table. Maybe it came out a little bit crooked歪斜. Probably your wife or your neighbor would see it for what it is能客觀的看出問題所在, you know? Probably a shoddy piece of workmanship工法爆爛. But to you that table might seem really great, because you're the one who created it. It's the fruit of your labor辛苦血汗的成品. And that is really the idea behind…就是這個意思 the Ikea Effect.

VEDANTAM: So Mochon and his colleagues, Michael Norton and Dan Ariely, what they've done is they've empirically憑經驗 documented記錄下something that many of us are familiar with; when you work hard at something you tend to fall in love with it, and so it's labor that ends up leading to love.

INSKEEP: It's the dignity尊嚴 of work in a way. You know you've done it. It gives you a sense of purpose一種目的與重心, a sense of value一種價值感 and so you value it more even if you did a lousy爛 job in the end.

VEDANTAM: In fact, that's exactly what they're finding. They're finding that the reason the Ikea Effect happens is it gives people a sense of competence有能力的感覺, but also tells other people that they're competent有能力.

INSKEEP: I'm curious. Will people actually pay a little more for a piece of Ikea furniture then because they have to build it, and in fact, Ikea is doing less?

VEDANTAM: Well, I'm not sure people will pay more for the furniture that's in the box. But here's what's interesting and here's what the researchers found. Once people finish building their table or their bookshelf - and they may have built it very badly and done a terrible job - they think that table is now much more valuable than a table that was assembled by a professional專業人士.
VEDANTAM: In other words, once you build it, you fall in love with it and you think it's worth the world棒透了.

INSKEEP: OK. So we delude欺騙 ourselves. We - well, maybe not delude, but we labor at something, we fall in love with it and then we're blinded by被…鬼遮眼(因而變得盲目) love.

VEDANTAM: Exactly. And, you know, at one level this is entirely endearing可愛的, but Mochon and his colleagues think this actually has big implications暗示(絃外之音). For one thing this is insidious狡詐的 because it turns out研究發現 when people are made to feel incompetent無能 they're more vulnerable to the Ikea Effect(越是在心態上覺得自己無能的人，越容易出被Ikea效應所控制). You're more likely to say yes, I'm going to build that table because I feel I'm really not very good at anything else in my life.

INSKEEP: I might as well do this. OK. Fine. Fine.

VEDANTAM: But there's a bigger application這個現象的應用範圍其實更廣, which is all over the world, people and companies and managers, they fall in love with their own ideas. They reject排斥/拒絕接受 ideas that come in from the outside, even when those other ideas are better. In other words, they lose the ability to evaluate their own ideas objectively失去客觀評估自己點子的能力

Here's how Mochon puts it.

MOCHON: If I'm sticking to堅持執行推動 a project and I have been working on it for say, a year or two, because of the Ikea Effect, I might think that this project really is a good idea. So while someone external外界 might look at my project and say, you know, that's a failed project失敗的案子, I'm not sure you should be spending time on it, because it is the fruit of my own labor, I might think that it is much better than it really is.

INSKEEP: Oh gosh. I'm reminded here of the fact they we're all salesmen to one extent or another人都會自欺欺人(用salesmen這個字眼是因為業務員經常會舌燦蓮花騙人買產品，這邊比喻人自己也會找出一些理由騙自己). And one of the things that perhaps is happening here is you end up selling yourself on your own idea because you've become more and more invested投資了很多心力 in it and committed堅持努力 to it.

VEDANTAM: And this happens all the time. We have companies that spend three years making this competitor競爭者 to a tablet, and then it comes to the market產品問世 and consumers say, why in the world would we possibly want to buy this product?

INSKEEP: So how are you at building Ikea furniture?

VEDANTAM: You know, I've discovered in my own research, Steve, that there are limits限制 to the Ikea Effect.

VEDANTAM: You know, when you're really, really bad at building stuff手很不巧 yourself it becomes obvious很明顯的/難以忽略的 even to you. So typically, when I'm done building a table or a bed, you know, there's usually screws and nuts螺絲與螺絲帽 left over, so very often my wife has to come in and fix my mistakes and I, you know, I just sit on the side and think about interesting psychological theories.

INSKEEP: Shankar, thanks very much.