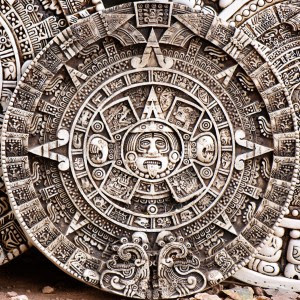 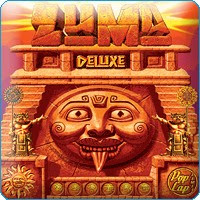 Maya Expert: The 'End Of Times' Is Our Idea, Not The Ancients'


Copyright ©2012 National Public Radio. For personal, noncommercial use only. See Terms of Use. For other uses, prior permission required.

Well, it is here. Tomorrow will be December 21st, 2012. Some believe it's the day the ancient Mayan civilization馬雅文明 predicted the world would end. Most people do not believe this. And yet, this idea of the apocalypse天啟(末日) has stuck, helped in part by popular mass media大眾傳媒, including this blockbuster Hollywood film賣座好萊塢影片 from three years ago. It was called "2012."

UNIDENTIFIED MAN #1: This mass suicide (unintelligible) to the Mayan calendar, which predicts the end of time to occur on the 21st of December of this year.

UNIDENTIFIED MAN #2: What are the odds?

GREENE: Strange to hear about a date that is finally here. Well, to learn exactly what the Mayans said and to try and hopefully put your mind at ease舒緩/平靜, we turned to David Stuart. He's the man who cracked the code解碼 that was needed to read Mayan hieroglyphics象形符號/文字, and he joined us from Austin, where he's director of the Mesoamerica中美洲 Center at the University of Texas.

Professor, thanks for coming on.

DAVID STUART: Hey, thanks for having me.

GREENE: Well, I guess, let me turn to a question that, in thinking about it, seems to carry some level of importance. Is the world going to end tomorrow?

STUART: Yeah. And thanks for playing that clip片段影片, by the way. You know, the Maya never, ever, said anything about the world ending at any time, much less, you know, this year. So it's sort of bizarre詭異 to be living through this time right now, when, you know, so many people seem to be worked up受到影響. And, you know, maybe they don't even understand anything about the Maya, but they still wonder: You know, where is this idea coming from?

GREENE: The Mayans never said anything about this. Where in the world did this idea come from, then? I mean, we've got a lot going on in the world.

GREENE: The Russians are freaking out. All sorts of countries are preparing for the end.

STUART: Right. It's global now全球瘋, right. The Maya never said anything about the world ending. What's happening, basically, is that we have an important cycle of the Maya calendar which is turning over, a cycle called a baktun巴卡盾(一種馬雅曆法的時間計算單位). And there are lots of cycles to the Maya calendar. And it's a big deal if you're an ancient Maya astronomer-priest天文學牧師. But apart from that, you know, they didn't say anything about what's going on, what will be happening.

GREENE: Well, I read about some monument紀念塔. Did someone see something there that made them at least think that this end is possible?

STUART: Well, there's a site, a ruin遺跡, in Mexico called Tortuguero. And one inscription碑文 from there actually mentions the year 2012. And there's another one we found, actually, this year, the site in Guatemala瓜地馬拉 that also mentions December the 21st, 2012. But there is no prophecy預言 on either of those ancient texts.

What they're doing is they're just projecting forward將…投射在 to the end of this big cycle, because the ancient Maya were really into time對於曆法很在行. They were really into connecting their kings to these bigger cycles, these bigger kind of cosmic cycles宇宙的循環. And, you know, that's really what it's all about. It's about ancient Maya politics馬雅政治 when you come down to it, right. It's not about them predicting anything good or bad about our world.
GREENE: But where did the idea that this turn in the calendar was going to be the end of the world exactly come from?

STUART: It comes more from our culture. As far as we can trace追溯 it, you know, it goes back to, really, some ideas that started to get published in the 1960s with the beginnings of the New Age movement新時代(紀元)運動.

But I think in our culture, too, you know - or maybe globally - humans like to come up with excuses, sometimes, just to freak out嚇死, you know, and to have these ideas. You know, they crop up沒有預警的突然出現 all the time. And this will not be the last one. There will be another one at some point. I think the Maya have become an excuse for something a bit larger that's, you know, way outside my area of expertise.

GREENE: Well, you definitely have me feeling a lot better, and I'm sure a lot of other people, too. And you have plans for the 21st, right? You're going to be traveling?

STUART: Yeah. I'm going to be Christmas traveling, holiday traveling. So I'll be on a plan, actually, from Boston, back to Austin with my son on the 21st. I'll be here in Austin that night, and probably raise a glass of wine舉杯慶賀 to the end of the baktun and the beginning of a new one.
GREENE: Professor Stuart, thank you. Thanks for talking to us about this.

STUART: No problem. Thanks for having me.

GREENE: Professor David Stuart. He's director of the Mesoamerica Center at the University of Texas in Austin.