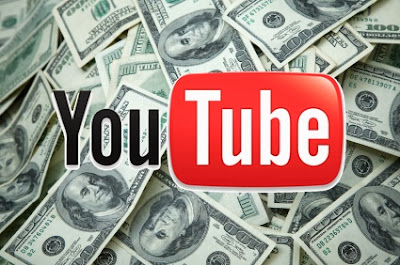 Beyond Cute Babies: How To Make Money On YouTube

From NPR News, this is ALL THINGS CONSIDERED. I'm Melissa Block.

I'm Robert Siegel. And it's time now for All Tech Considered.

YouTube is best known for viral videos網路影片 of babies and kittens. But there are thousands of decidedly less cute and more practical videos racking up the views.吸引大量點閱率
As NPR's Tamara Keith reports, how-to videos are extremely popular these days, and at least some makers of these videos are actually making money.

TAMARA KEITH: Want to know how to crochet a flower用鉤針鉤出一朵花, solve a Rubik's cube魔術方塊, or make a paper airplane? Or maybe you need something more basic - like how to scramble an egg.炒蛋

U: In go the eggs.把蛋放進去

KEITH: That is Sara White, AKA SaraSweetie99, a first-grade teacher in . White says she posted her first video about hair extensions because she couldn't find a good instructional video教學式影片 on YouTube. When the clicks 點閱次數started adding up, she started adding new videos, and eventually joined the YouTube Partner Program, where YouTube shares ad revenue廣告收益 with people who post videos regularly.

BLOCK: I thought, well, I won't make that much money from it. You know, I thought I'll make a couple dollars幾塊錢美金 a month. But I was like, wow, this is really cool. Like, I don't have to get a second job now.

KEITH: This is a common experience among YouTube's 15,000 or so partners, says the company's Annie Baxter.

BLOCK: A lot of YouTubers describe themselves as accidental entrepreneurs意外的企業家.
KEITH: YouTube says there are hundreds of people who make more than $ year on their videos. Baxter says instructional videos are on the rise.數量增多

Geoff Dorn knows that well. He's the man behind a series of videos on how to tie a tie.

BLOCK: The four in hand knot is one of the simpler knots to tie. Start by grabbing the wide end of the tie in your right hand; the narrow end in your left hand.

KEITH: In the video, you can't see Dorn's face - just a close-up特寫鏡頭 of his neck, his white dress shirt and pale-blue淡藍色 tie.

BLOCK: And then straighten the tie with your hands, and fold down the collar.衣領
Yeah, that was shot in my kitchen. I think I tacked釘了 a white sheet up against what was a red wall.

KEITH: That incredibly dry單調的 video has been viewed 6 million times. He also has videos on the full Windsor, the half , the knot and the bow tie. Dorn says he can pay his property taxes財產稅 each year with the money he gets from YouTube.

BLOCK: It's nice to get paid for doing absolutely nothing - or doing something once.

KEITH: Dorn lives in , and works in finance - and does, actually, wear a tie to work every day. But that's not why he decided to make videos about tying ties.

BLOCK: You know, any entrepreneur gets an idea that they want to make - whatever, doughnuts; they want to make whatever they think they're good at. But what you really should do is figure out what the market is, and make that.

KEITH: Dorn made these videos because he knew there was a demand需求 for them. His videos seem to lack personality by design.刻意的

Sean Plott's videos, on the other hand, are all about personality.

BLOCK: It's Tuesday. It's February 15th. It is the year of 2011. This is the Day [9], Daily number 261.
KEITH: Plott has a daily Web show that focuses on the computer game StarCraft 2. His mission: helping a growing community of fellow players get better at the game.

BLOCK: Today is all about mechanics跟操作面有關的技術性需知. I want you all to look at your mouse and keyboard right now. And I want you to note: What distance is your mouse hand from your keyboard while you're playing. How far is it?

KEITH: In his videos, Plott goes by his gaming handle登錄名稱 Day[9]. He says they really took off when he started talking about himself more.

BLOCK: It wasn't just Day[9] analytical nerd大腦發達的書呆子, who just sat down and only talked about how to improve, and how to learn. It became this edutainment寓教於樂 show - and that helped tremendously.

KEITH: So much so that when he finishes his master's at USC later this year, he plans to make this Web show his full-time job.